Well – it’s officially December, and the Customer Service offices are starting to look very Christmassy. It’s been a battle trying to get Jade, Alicia, Karen, Steph and Emma to hold off putting the decs up since the end of October! I don’t know about you but I’m never in a rush to get Christmas decs up, but at least it was a good excuse for a mince pie (or two).

Here’s a photo from Friday. Some of the team dressed as Elves and raised money for the Alzheimer’s Society. 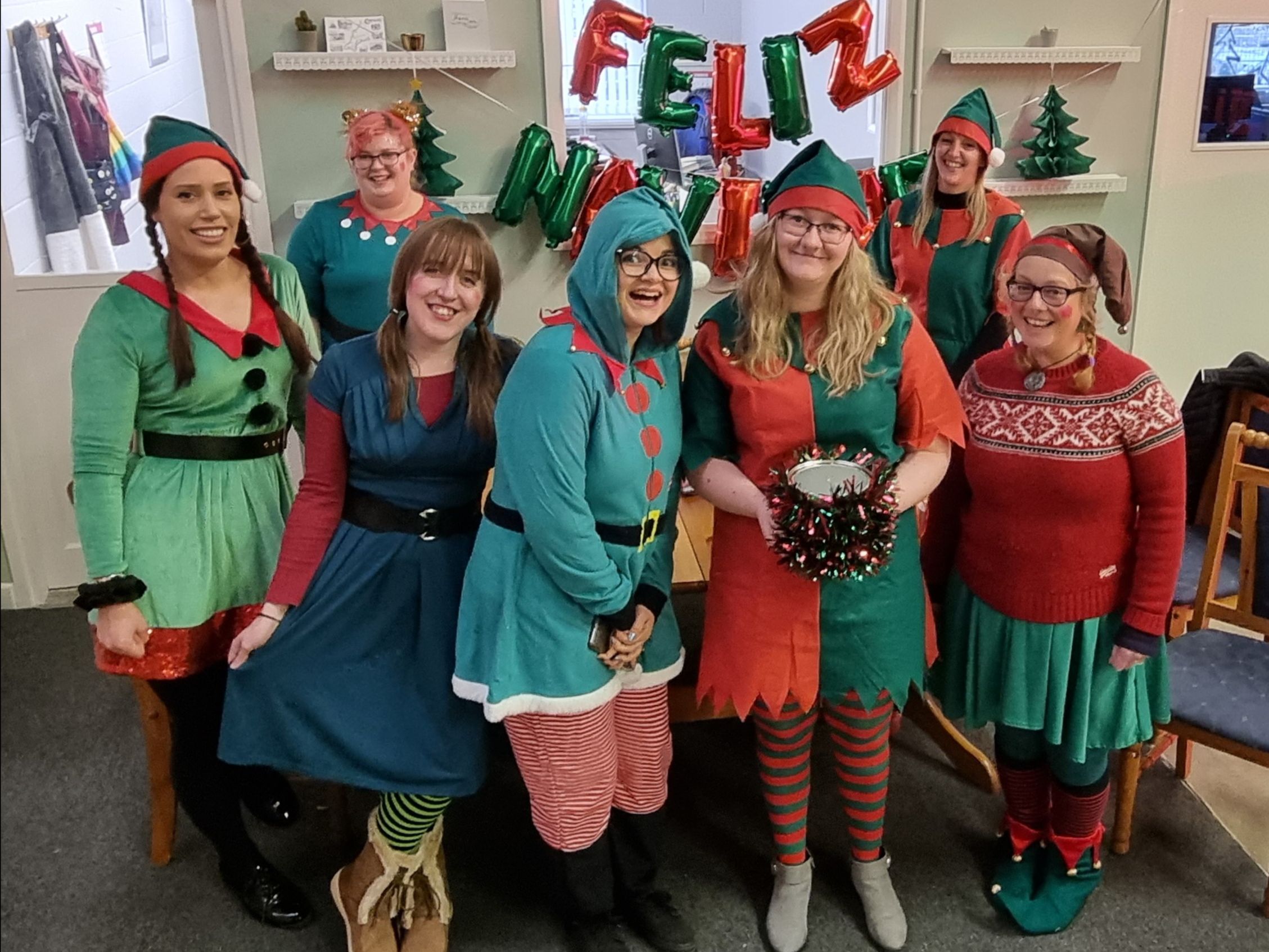 From left to right we have Alicia, Steph, Kathryn, Jess, Jade, Karen and Claire.

This week I wanted to mention an alternative to video calling on your PC, tablet or smartphone…

I don’t know if you’ve heard of them, but they’re basically a fancy webcam designed especially for video calling.  You can get stand-alone versions that either look like a tablet or a photo frame – but I think the coolest-sounding one is the Portal TV.

You attach it to the top of your TV – then when you call someone on it, you can see them on the big screen.  The sound uses your TV speakers as well, so you shouldn’t have any trouble hearing what they’re saying.

The bit I think’s really clever with the Portal, though, is the camera. It automatically zooms and pans. So it follows you as you move around the room, and zooms out when it needs to bring other people into shot.

It’s got clever microphones as well, which try to focus in on the person talking, and filter out background noise so you can hear them more clearly.

That means you can just turn the thing on, make a call, and then get on with cooking or whatever while you chat. I used to do that all the time when I just made voice calls, but it’s always been harder with video calls.
They’re made by Facebook, so they’re set up to use Facebook Messenger video calling. But it looks like you can use WhatsApp and Zoom on them as well if you prefer.

They are quite pricey, though – the TV version is £149 and the stand-alone ones start from £169.  But if you use video calling a lot, it could be a good investment.